An Honest Explanation About Joe Biden Inflation, and It has Nothing to do with COVID 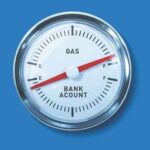 Repost from June by Request – Several people have written to CTH for an economic review of our current status. Below this post are two primary precursor articles [Primary One and Primary Two] which outline the economic dynamic in play, and how we can look forward with accuracy to what is likely to happen. Despite the deflective talking points by the professional financial pundits, this massive spike in inflation is entirely predictable due to Biden economic policy and Biden monetary policy.

Keep in mind, the FED already said in April they would “support inflation”, that’s because – while they will not say it openly, they know there’s no way to stop it. The massive inflation is a direct result of the multinational agenda of the Biden administration; it’s a feature, not a flaw, and it has nothing whatsoever to do with COVID. Also keep in mind the first group to admit what is to come are banks, specifically Bank of America, because the monetary policy is the cause.

There’s no way around this. Despite the pundit and financial class selling a counter-narrative, home prices will crash and unemployment will go up. I know this is directly against the current talking points, but the statistical reality is clear. CTH was the first place that said months ago that new home sales will plummet, that is starting to happen right now. There’s no way for it not to happen, the big picture tells us why.

You might remember, when President Trump initiated tariffs against China (steel, aluminum, and more), Southeast Asia (product specific), Europe (steel, aluminum, and direct products), Canada (steel, aluminum, lumber, and dairy specifics), the financial pundits screamed at the top of their lungs that consumer prices were going to skyrocket. They didn’t. CTH knew they wouldn’t because essentially those trading partners responded in the exact same way the U.S. did decades ago when the import/export dynamic was reversed.

Trump’s massive, and in some instances targeted, import tariffs against China, SE Asia, Canada, and the EU not only did not increase prices, the prices of the goods in the U.S. actually dropped. Trump’s policies led to the largest deflation in consumer prices in decades. At the same time, Trump’s domestic economic policies drove employment and wages higher than any time in the past forty years. With Trump’s policies, we were in an era where job growth was strong, wages were rising and consumer prices were falling.  The net result was more disposable income for the middle class, more demand for stuff, and ultimately that’s why the U.S. economy was so strong.

♦Going Deep – To retain their position, China and the EU responded to U.S. tariffs by devaluing their currency as an offset to higher prices. It started with China because their economy is so dependent on exports to the U.S.

China first started subsidizing the targeted sectors hit by tariffs. However, as the Chinese economy was under pressure, they stopped purchasing industrial products from the EU, which slowed the EU economy and made the impact of U.S. tariffs, later targeted in the EU direction, more impactful.

When China (total communist control over their banking system) devalued their currency to avoid a Tariff price increase, it had an unusual effect. The cost of all Chinese imports dropped, not just on the tariff goods. Imported stuff from China dropped in price at the same time the U.S. dollar was strong. This meant it took fewer dollars to import the same amount of Chinese goods, and those goods were at a lower price. As a result, we were importing deflation…. the exact opposite of what the financial pundits claimed would happen.

In response to a lessening of overall economic activity, the EU then followed the same approach as China. The EU was already facing pressure from the exit of the U.K. from the EU system; so when the EU central banks started pumping money into their economy and offsetting with subsidies, they essentially devalued the euro. The outcome for U.S. importers was the same as the outcome for U.S-China importers. We began importing deflation from the EU side.

In the middle of this, there was a downside for U.S. exporters. With China and the EU devaluing their currency the value of the dollar increased. This made purchases from the U.S. more expensive. U.S. companies who relied on exports (lots of agricultural industries and raw materials) took a hit from higher export prices. However, and this part is really interesting, it only made those companies more dependent on domestic sales for income. With less being exported, there was more product available in the U.S for domestic purchase…. this dynamic led to another predictable outcome, even lower prices for U.S. consumers.

From 2017 through early 2020 U.S. consumer prices were dropping. We were in a rare place where deflation was happening. Combine lower prices with higher wages, and you can easily see the strength within the U.S. economy. For the rest of the world, this seemed unfair, and indeed they cried foul – especially Canada.

However, this was America First in action. Middle-class Americans were benefiting from a Trump reversal of 40 years of economic policies like those that created the rust belt.

Industries were investing in the U.S., and that provided leverage for Trump’s trade policies to have a stronger influence. If you wanted access to this expanding market, those foreign companies needed to put their investment money into the U.S. and create even more U.S. jobs. This was an expanding economic spiral where Trump was creating more and more economic pies. Every sector of the U.S. economy was benefiting more, but the blue-collar working class was gaining the most benefit of all.

♦ REVERSE THIS… and you now understand where we are with inflation. The Joebama economic policies are exactly the reverse. The monetary policy that pumps money into the U.S. economy via COVID bailouts and ever-increasing federal spending drops the value of the dollar and makes the dependency state worse.

With the FED pumping money into the U.S. system, the dollar value plummets. At the same time,  JoeBama dropped tariff enforcement to please the Wall Street multinational corporations and banks that funded his campaign. Now the value of the Chinese and EU currency increases. This means it costs more to import products, and that is the primary driver of price increases in consumer goods.

Simultaneously, a lower dollar means cheaper exports for the multinationals (Big AG and raw materials). China, SE Asia and even the EU purchase U.S. raw materials at a lower price. That means less raw material in the U.S. which drives up prices for U.S. consumers. It is a perfect storm.  Higher costs for imported goods and higher costs for domestic goods (food). Combine this dynamic with massive increases in energy costs from ideological policy, and that’s fuel on a fire of inflation.

Annualized inflation is now estimated to be around 8 percent, and it will likely keep increasing. This is terrible for wage earners in the U.S. who are now seeing no wage growth and higher prices. Real wages are decreasing at the fastest rate in decades. We are now in a downward spiral where your paycheck buys less. As a result, consumer middle-class spending contracts. Eventually, this means housing prices drop because people cannot afford higher mortgage payments.

This inflationary period will not stall out until the U.S. economy can recover from the massive amount of federal spending. If the spending continues, the dollar continues to be weak, as a result, the inflationary period continues. It is a spiral that can only be stopped if the policies are reversed…. and the only way to stop these insane policies is to get rid of the Wall Street democrats and republicans who are constructing them.

Hope that makes sense, and love to all.

Be patient, be respectful, be kind and caring toward all. Don’t look for trouble. However, when the time comes to get in the fight, drop the rules and fight for your family with insane ferocity. Fight like you are the third monkey on the ramp to Noah’s Ark…. and damned if it ain’t starting to rain.