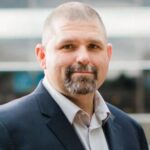 “The intent behind Senate Bill 762 was to mitigate future significant loss, lack of preparedness and financial hardship in future wildfires, among many other things. Oregonians have been handed anything but that through the new map.” said Senator Findley who has over 32 years’ experience in Fire and Aviation management. “Pulling back the maps and pausing the process has had executive level and bipartisan legislative level support. The Oregon Department of Forestry had a chance to restart the process and blatantly chose not to do so.”

Rep Owens added, “ The map as it stands has no credibility and the Oregon Department of Forestry needs to take ownership and leadership and reevaluate immediately. This map serves as an ill-informed, unreviewed, and dangerous and divisive product pitting homeowners against the state of Oregon.”

Read the full statement here and below.

When given the chance to do the right thing, Oregon Department of Forestry takes a pass

If there is one thing we would expect the Oregon Department of Forestry to be intimately familiar with, it would be correctly assessing wildfire risk. Apparently, this is not the case.

During the 2021 legislative session, in the wake of unprecedented catastrophic wildfires in 2020, the legislature passed Senate Bill 762 which was created to mitigate future significant loss, lack of preparedness and financial hardship in future wildfires, among many other things.

Unfortunately, the Oregon Department of Forestry and Board of Forestry have moved fast and loose with its enactment at the expense of Oregonians.

First, one of the many components of SB 762 was a clear definition of the Wildland Urban Interface (WUI) and a Wildfire Risk Assessment. These were sticking points in the passage of the bill, and ultimately settled on the Oregon Department of Forestry (ODF) working with a group to complete the definition effort in a timely manner and OSU completing the Risk Map.  It is our understanding the effort was completed on time, however, several members of the definition group felt railroaded and silenced and did not agree with the final results. In the final rulemaking, over 35 pages of text was stricken down to a mere one sentence.

Secondly, the effort regarding creation of a Wildfire Risk Map is a complete and total failure. The map was produced by Oregon State University (OSU) and ODF, and enacted as the final map without any local review. During the brief and quietly publicized public comment period, there was nothing on which to comment—the map was not ready.

Third, this map utilizes tax lots as the basis for identification. The intent of SB 762 was to further identify risk within the WUI; however, the map produced was a statewide map with no delineation for WUI nor any exclusion of non-WUI tax lots.  There are hundreds, if not thousands, of tax lots outside the WUI that are now classified as extreme or high risk. This is a major problem for homeowners as insurers will most certainly raise rates, or as we have heard from our constituents, threaten outright policy cancellations. In addition, Oregon State University personnel has used a fuel model for the calculation that was very aggressive which only complicates matters. There are hundreds of irrigated farm fields and meadows now classified as high and extreme risk.

Last and very importantly, the state cannot simply unveil and implement a map with such enormous shortcoming and implications, and attempt to address the problems through an online appeal process for hundreds of thousands of Oregonians. Not to mention and unsurprisingly, the online appeals process does not even work—the website crashes, links are broken, the phone number goes to a voicemail, calls aren’t returned, and questions go unanswered.

Collectively, we represent forty-three percent of the state geographically including some of the most wildfire prone forests and communities, greatest number of acres of farm and, least affordable housing, and largest populations of seniors and families at or below average income levels. Now, not only do our constituents need to worry about wildfires for their safety and livelihoods, but they also have to worry about going bankrupt due to a mismanaged mapping process.

The State of Oregon has an immediate obligation on behalf of its citizens to inform insurance companies the map was not designed for or to be used for insurance ratings or actuarial use. The map was not “ground-truthed” before it was enacted, and had no peer review, no local reviews and most importantly, no opportunity for public review and comment before issuance.

The map as it stands has no credibility. It serves as an ill-informed, unreviewed, and dangerous and divisive product pitting homeowners against the state of Oregon. Pulling back the maps and pausing the process has had executive level and bipartisan legislative level support. The Oregon Department of Forestry had a chance to restart the process and blatantly chose not to do so.

We need to stop this process and recall the map, and allow landowners, county planners, and local fire agencies to review each site and develop an accurate map reflecting efforts by homeowners to mitigate the risk through fuel reduction and building materials to collate a final product. We realize this could add significant amount of time to the effort, but we believe it is imperative we do so.

Anything less than full-stop pausing, pulling back and reassessing is pure arrogance by the State of Oregon.