“These are the times that try men’s souls.” —Thomas Payne 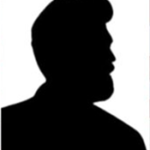 Yes, I am talking to you, those in uniform who swore an oath to protect and defend the U.S. Constitution and the free people of the United States from all enemies, foreign and domestic. That means all members of the U.S. Military, all federal, state, and local law enforcement, all members of United States National Security Agencies and yes, all judges and justices occupying a seat on a bench somewhere in the United States.

“These are the times that try men’s souls.” —Thomas Payne

Every American Citizen is on trial right now, and all will be judged by the actions they take or fail to take in defense of freedom and liberty. Every American has sworn allegiance to the Red, White, and Blue and everything it has stood for, for over 245 years.

But you have gone even further, taking a solemn oath to lay down your lives, if need be, to protect the United States, the Constitution, and the American people against all enemies. Not a single one of you ever took an oath to protect or defend any corrupt politician or political organization, any foreign global Marxists, or become brownshirt enforcers for any unlawful and unconstitutional “mandates” from enemies of the American people.

You took a solemn oath to protect us, the American people, our way of life, and the Founding Documents that protect our freedom, from tyranny, from any corrupt tyrant or tyrants. You will be judged solely on the basis of who you choose to defend, us, or them!

For 245-years, the American people have honored your service and mourned your losses. We have celebrated your past honor and sacrifices. Were we mistaken?

Any order that directly infringes upon the Natural Rights of the American people, those you have taken an oath to protect and defend, resulting in any “deprivation of Rights” or a “conspiracy” to deprive Citizens of the constitutionally protected Natural Rights, is a crime of the highest order. It is “treason.” The Fourth Amendment protects every American’s Right to be “secure in their person.” Any act that violates this protected Natural Right is a “deprivation of Rights,” punishable by death.

Every individual must choose who and what they serve!

The new Defense Secretary recently issued an “unlawful order” for all Military personnel to be “vaccinated by force.” This order did NOT come from the current Commander-in-Chief and this order is in direct violation of your Rights, standing Executive Orders and existing laws on the matter. You did NOT swear an oath to be a lab rat for any “experimental gene manipulation” injections.

You also never swore an oath to act as brownshirt enforcers of any such experiment currently causing massive death and dismemberment of thousands of U.S. Citizens, just since January 2021.

This “unlawful order” was issued by Defense Secretary Lloyd J. Austin III because your Commander-in-Chief knows he cannot issue any such order “lawfully.” None of these injections are even FDA approved and they can’t be, simply because these are NOT “vaccines” at all – and the Adverse Effect Reports are OFF THE CHARTS. More citizens have already died from these “vaccines” in six months than the number of citizens who died from all other vaccines combined, over the past 25-years!

READ ACTUAL VAERS REPORTS HERE and HERE – You, WE, have all been lied to!

Or did you take an oath to protect the U.S. Constitution and the American people from all enemies, including domestic political enemies, who themselves should be tried for their treason against the people?

This applies to everyone who has sworn an oath to the American people, freedom and liberty, the U.S. Constitution and Bill of Rights. The current administration has placed you all in a horrific position of having to decide who and what you stand for…and many of you may be punished with demotions, loss of income and firing, just like all other Americans, when you choose to do what’s right. You may have to choose between your paycheck and your country, just like the rest of us.

This is the decision you are being forced to make today!

You will not be able to protect yourself or your own loved ones unless you protect ALL Americans. Efforts by your command to threaten and coerce you into compliance, must be rebuked by each of you. You must stand together against this evil, or our entire country and way of life in the United States will perish.

These are, indeed, the times that try men’s souls.

You will be judge both here and in heaven, for the choice you are being forced to make.

God help us all if you lack the courage, decency, and honor to stand up for the American people, freedom, and liberty, right now!

PrevPreviousBLM = Burn Loot Murder – “We are trained Marxists and we are coming for you!” Now you know what they stand for in their own words. Read below and find out about their training.
NextWHAT IS THE TRUTH ABOUT COVID IN JOSEPHINE COUNTY?Next