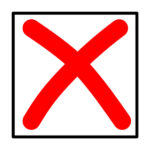 SENATE B 192 is bad for Oregon, for property owners, businesses, and the environment. Wild and Scenic Rivers Act

We have started a postcard campaign ( a very effective and easy way to comment) in opposition to this legislation targeting the six members of the Senate Natural Resource Committee where the bill currently is.

WE NEED YOUR HELP TO STOP THIS HUGE LAND GRAB!

The postcard will also be at Republican HQ across the street from the county building.

“Anyone who works the land should be wary of proposed legislation that applies federal Wild & Scenic River designations to 4,700 miles of Oregon rivers, streams, creeks, gulches, draws, and unnamed tributaries. The bill, proposed by Sens. Ron Wyden and Jeff Merkley and promoted by environmental groups, has already received a committee hearing in the U.S. Senate, the first step toward passage. S. 192, also known as the “River Democracy Act,” would apply half-mile buffer restrictions to proposed segments. If approved, it could impact public access, water resource management, forest and vegetation management, ranching and grazing, mining and other uses on an estimated 3 million bu acres of public lands — a landmass nearly twice the size of Delaware.”

This is the link to a very detailed nine-page letter in opposition written by The American Forest Resource Council.

S.192 – River Democracy Act of 2021.  This bill has been introduced by Senator Ron Wyden.  It reclassifies many miles of Oregon creeks and rivers as “wild and scenic.”  This means no mining for minerals or geothermal power on any federal lands so classified.  It would include 1/2 mile from the high-water mark on each side of the river or creek.  Private property rights and water rights are not affected.  $30 million per year is appropriated for “restoring” areas that are affected by fire or are used for drinking water. Improving “ecological function” and helping endangered or threatened species is permitted.  The bill doesn’t mention logging.

The list of rivers and creeks covered goes on for at least 50 pages.  This bill sounds like an excuse to stop mining in Oregon and give environmentalists control over our waterways.  Here’s a link to the text of the bill: Text – S.192 – 117th Congress (2021-2022): River Democracy Act of 2021 | Congress.gov | Library of Congress

Please contact Senators Ron Wyden and Jeff Merkley and ask them not to support this bill.

Anyone who works the land should be wary of proposed legislation that applies federal Wild and Scenic River designations to 4,700 miles of Oregon rivers, streams, creeks, gulches, draws, and unnamed tributaries.

The bill, proposed by U.S. Sen. Ron Wyden and U.S. Sen. Jeff Merkley and promoted by environmental groups, has already received a committee hearing in the U.S. Senate, the first step toward passage.

S. 192, also known as the River Democracy Act, would apply half-mile buffer restrictions to proposed segments. If approved, it could impact public access, water resource management, forest and vegetation management, ranching and grazing, mining, and other uses on an estimated 3 million acres of public lands — a landmass nearly twice the size of Delaware.

There are over 2,000 miles of Oregon rivers designated as Wild and Scenic. The Wild and Scenic Rivers Act of 1968 was intended to protect rivers with “outstanding natural, cultural and recreational values in a free-flowing condition.”

Yet S. 192 only classifies 15% of the proposed segments as rivers. The bill identifies hundreds of streams, creeks, draws, gulches, and unnamed tributaries for Wild and Scenic designations, even though many do not even carry water year-round.

S. 192 violates the spirit of the 1968 law because it bypasses a mechanism for robust study and review of proposed waterways to immediately add an additional 4,700 miles to the Wild and Scenic Rivers System. If such studies were conducted, many areas included in S. 192 would likely be found ineligible or unsuitable for designation. Get our Daily Headlines newsletter

Considering past use and litigation of the Wild and Scenic Rivers Act, the bill raises a lot of questions about how it will impact future access, private property and water rights, and other traditional uses of both public and private land.

Arbitrary land designations can have a chilling effect on actions taken by federal land management agencies, including actions intended to improve the land. For example, a Wild and Scenic designation could discourage efforts to stabilize riverbanks to avoid losing farm and rangeland to erosion. That’s because federal courts have consistently upheld legal challenges by environmentalist groups against land management activities based on these designations.

For those of us concerned about severe wildfires, we are especially troubled with how S. 192 would affect fuels reduction efforts on federal lands. Nearly half a million acres of federally managed forestland burned in western Oregon in 2020. Approximately 280,000 acres burned at moderate and high severity, meaning at least 60% of a stand’s live trees were killed in a fire.

We are already frustrated with the slow pace of forest management and fuels reduction work on federal lands. Adding new restrictions and bureaucracy on 3 million acres of these lands will not repair an already broken system. Despite claims made by proponents, S. 192 does not support wildfire mitigation.

Nothing in the bill directs or authorizes federal agencies to utilize all available land management tools — including mechanical treatments — to reduce the risk of severe wildfires, nor does it explicitly permit postfire restoration work, such as the removal of dead and dying trees, to maintain public access. Rather, the bill only allows agencies to consider prescribed fire, even though fire alone will not address heavy and unnatural fuel loads on already fire-prone landscapes.

As Oregon experiences another devastating wildfire season, this is the wrong time to add more layers of restrictions and bureaucracy on the management of public lands. Anyone with private lands near these proposed Wild and Scenic segments should also take a close look at this bill to see how it affects them.

Nick Smith is the public affairs director for the American Forest Resource Council.